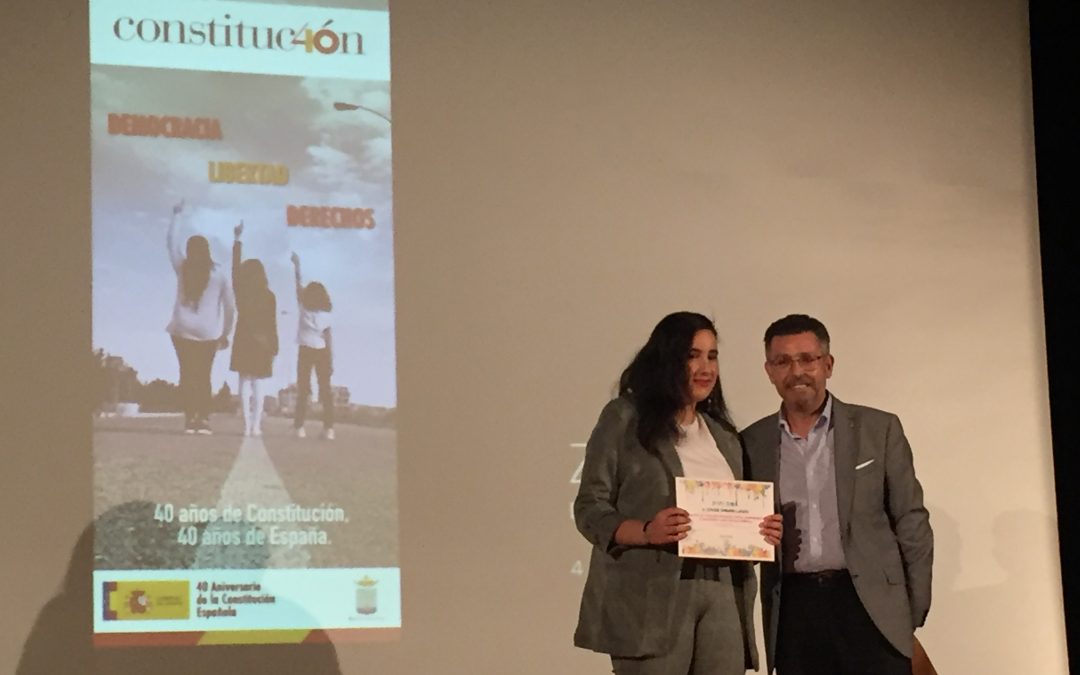 To commemorate the 40th anniversary of the Constitution has been the objective of the contest that the Department of Culture has carried out in the Rafal institute. An idea set in motion to celebrate this historic event that took place in June 1978 while developing the plastic abilities of the students of the municipality. The participants of the fourth year of Secondary have elaborated the works during the classes of Plastic, advised and supported by Professor Francesc López. Of the works carried out, ten have been chosen to compete in the final phase and thus select the winning work. The prize has been awarded to the student Zinab Dinari Lassi. The winner has received a check worth 100 euros that can be exchanged for school supplies in any stationery in the municipality. In addition, his work has been reproduced on a large canvas that already hangs on the front of the Consistory. The rest of the finalist works have been exhibited in the municipal offices.

The Councilor for Culture, Yolanda Leal, expressed great satisfaction both for the reception of the idea by the teachers of the institute and for the participation of the students. “When we went to raise the project they were very willing and have helped that its execution has paid off.” Leal added that “it is a source of pride for us to be able to receive the award-winning work at the Town Hall, as well as the rest of the drawings that the students have carried out”. The mayor has taken the opportunity to invite all the people of Raphael to visit the exhibition and be able to admire at first hand the great artistic level that young people in the municipality have.

The mayor of Rafal, Manuel Pineda, took advantage of the graduation ceremony of the students of the institute to give the prize to the winning student. “We appreciate your participation and involvement in the contest, as well as the passion you have put into each of the works.” Thus, the first mayor thanked all the participants and invited them to continue adding to all the educational initiatives that are put in place for the benefit of their education.