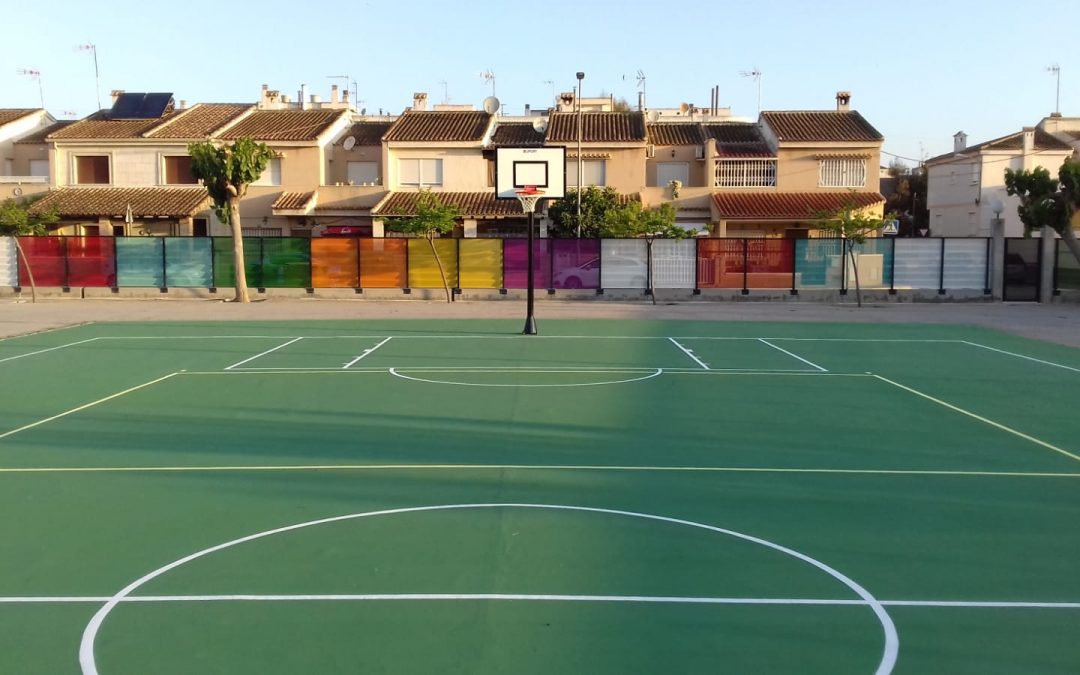 The educational center will continue with the improvements planned within this plan until reaching all the works valued at 1.9 million euros

The sports courts of the Seva de Rafal Trinity School have undergone a total renovation that has meant an investment of 30,450 euros. These improvements are contemplated in the Plan Edificant of the Generalitat Valenciana that will continue in the center of Rafael to complete the project valued at 1,872,373.30 euros. In this way the school will present a state more renovated and modern that will offer students the necessary comforts to carry out their daily activity.

In the sports courts, all the improvements made have attended a previous study in which the great deterioration that they presented was assessed. In some you could even see cracks, loss of color in your painting or deficiencies in baskets and goals. To do this, we have proceeded to the complete painting of all the tracks, delimiting the spaces to be able to practice two sports per court and the sports elements such as baskets and goals have been renewed. In this way these sports spaces have been in perfect condition. In addition, the improvements foreseen in the fencing of the center to attend to safety, as well as aesthetics, continue to be carried out.

In addition to these works that have already finished, in the inner part of the school will be made improvements to ensure energy efficiency with replacement of carpentry and glass; installation of external insulation, practically non-existent; improvements in heating that does not reach the most distant areas and that, due to lack of insulation, partially loses its effect; replacement and improvement of the plumbing in the two buildings of the center; improvements to the toilets since only the oldest building is adapted, a work that was executed in 2010; replacement of ceilings in classrooms to reduce reverberation; electrical installation reform; of the interior carpentry; roof improvements for insulation and ventilation.

On the outside there will also be changes to improve accessibility to school facilities, since the newer building has an elevator, but the old one does not. In addition, it includes the widening of the sidewalks of the street to facilitate the itineraries adapted both outside and inside the school.

The works will continue during this year and are expected to conclude in 2020, date in which the planned budget will have been completed and the center will present all the improvements executed in full.