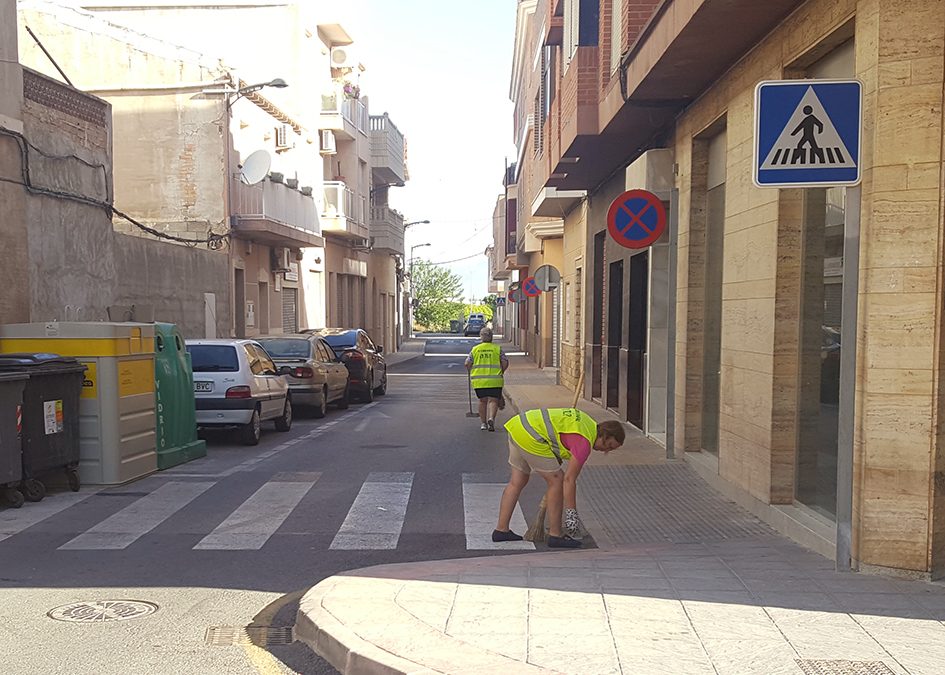 The City Council of Rafal has hired fifteen agricultural workers to clean roads and green areas during the summer period. The process of occupation has been possible thanks to the subsidy of 50,040 euros granted by the SEPE CCLL Convention within the program of promotion of agricultural employment in depressed rural areas. An amount higher than that received the previous year and which has allowed the Consistory to employ this group of professionals. This process has benefited very well the list of unemployed in this field, since after this hiring has been empty. The mayor of Employment, Noemí Cutillas, has shown his satisfaction with this fact, “that now we have been zero in unemployment in this category is something to point and celebrate and what we are completely proud of.”

The work that has been launched in the last days will cover four months, from June to September. For a more effective work the pawns have been divided into two groups. The first, which has already begun work, will end on September 10. The second shift will begin on July 2 until September 28. The workers will make a total of sixty-four days of six hours a day. During this work period they will attend the cleaning and maintenance of the roads and green areas of the municipality with the aim of avoiding incidents and maintaining the good image of its streets. A process that is repeated as in other years due to the good results registered both for Rafal and for the pawns that receive this job offer.

Cutillas has indicated that “in the current government team we continue to bet on hiring all unemployed agricultural workers from the Servef list”. Also, the mayor has stressed that “this way of doing policy benefits all agricultural unemployed and no one is left without work within this subsidy or category.” In this sense the council has ensured that “we continue to apply all employment policies that favor our municipality come from where they come and we continue to work to request all possible subsidies and we show this day by day.” In this way Cutillas has made it clear that from the City Council of Rafal continue to work to eradicate unemployment in the municipality that chains and four months down, a more than positive.