by admin | Sep 12, 2018 | Department of Commerce, Markets and Transportation 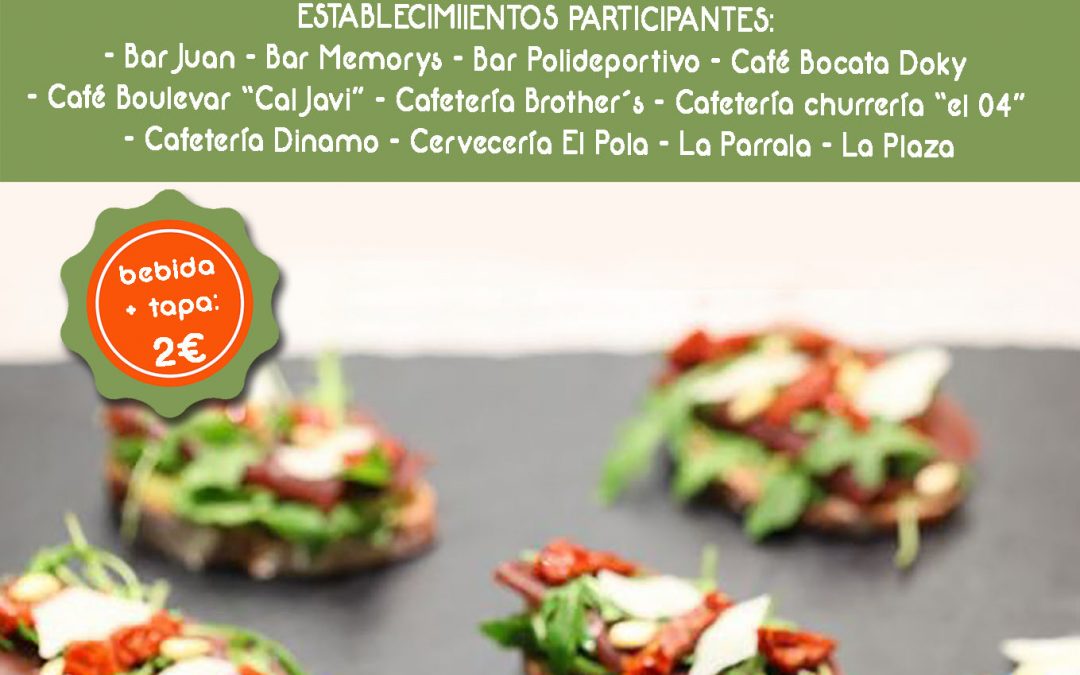 The municipality of Rafal will host on the 14th of September the VIII Tapa Route, which will last until the 16th. The objective of this activity is “to promote and promote the hostelry of the municipality with an event that every year you have more welcome among the neighbors and neighbors, “assured the mayor of Commerce, Yeray Paredes.

The council has prepared two distinctions for the winners. One of the awards will be for the highest quality cover and the other prize will be the most original cover. The winners will take a diploma. These prizes will be awarded after the vote of the jury, composed of corporate personnel, as well as by members of the association of traders and businessmen of Rafal, appointed by the Governing Board.

“We have made available to the participants a ‘rutero’, which can be collected in the premises and indicate the scores of only 5 registered establishments”, Paredes explained and added that “those who have stamps at least 50 will be counted % of establishments. “

The tapas will include a drink and the amount will be two euros and, before the event, an urn will be delivered to each participating establishment. These will deliver the ballot box with the votes, on September 21 at the City Council to proceed with the counting and vote counting.

The mayor of Commerce, Yeray Paredes, has encouraged all residents of Rafal and the region to participate in this route of the cover. “We want the next weekend the streets are filled with people willing to try the cuisine of our town and enjoy the quality of the dishes,” the mayor has qualified.