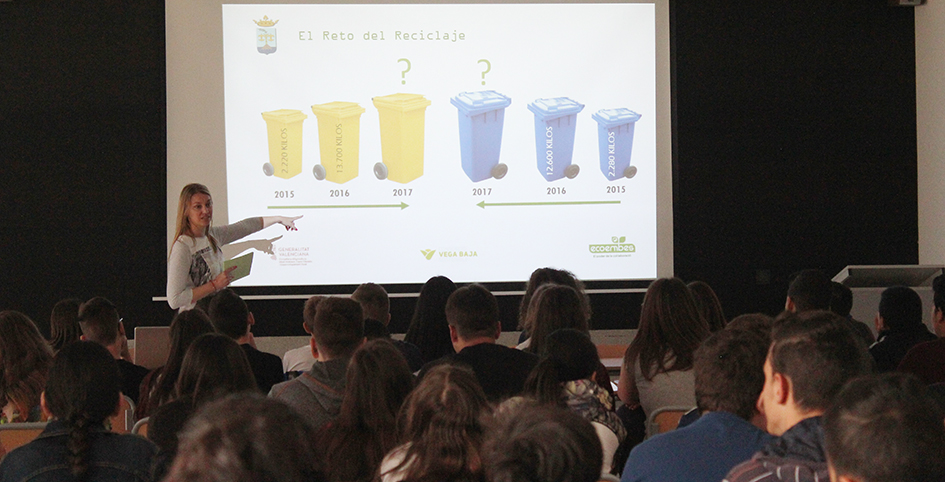 Increase recycling, that is the goal that Rafal wants to achieve in the coming months. To this end, the “Recycling of Recycling” campaign has begun in the municipality. This interesting project, which will tour several municipalities of the Vega Baja, began yesterday in an intense educational day on this matter. Today was the turn for the Raphaelians and Raphaelians to know the system of reiclaje. Early in the morning, students from the school approached the Plaza de España to hold games and workshops with the aim of instilling in them the importance of recycling and the classification of waste. Explanatory talks were also held for primary and secondary students. The schoolchildren enjoyed the educational program and were very participative in all the activities proposed, a symbol of the interest that the subject arouses in the generation of the future.

The mayor of Environment, Alberto Hidalgo, highlights that “from the council want to raise awareness of the residents of the municipality on the importance of recycling and we are waiting for in the coming days to deliver containers for the selective collection of light packaging waste that will be distributed by the municipality. I encourage everyone to be the municipality that recycles the most and fill the yellow and blue containers to win this challenge “. Hidalgo recalled the words of the mayor and president of the Consorcio Vega Baja Sostenible, Manuel Pineda, who stressed that “the more we recycle, the less the garbage weighs gray container and less pay for the collection and transfer of these containers, recycling wins the municipality, the environment and we all win. ”

The challenge aims to achieve a minimum increase of 20% in the contribution of kilos of light packaging per inhabitant. Therefore, the winning municipality will be the one that more net kilos per inhabitant per year gets average, in the two months considered. In this case, the months of May and June of this year will be compared with those of the previous year. In addition to increasing the numbers, this campaign aims to make visible these attitudes that undoubtedly have a beneficial effect on the planet and on their quality of life.