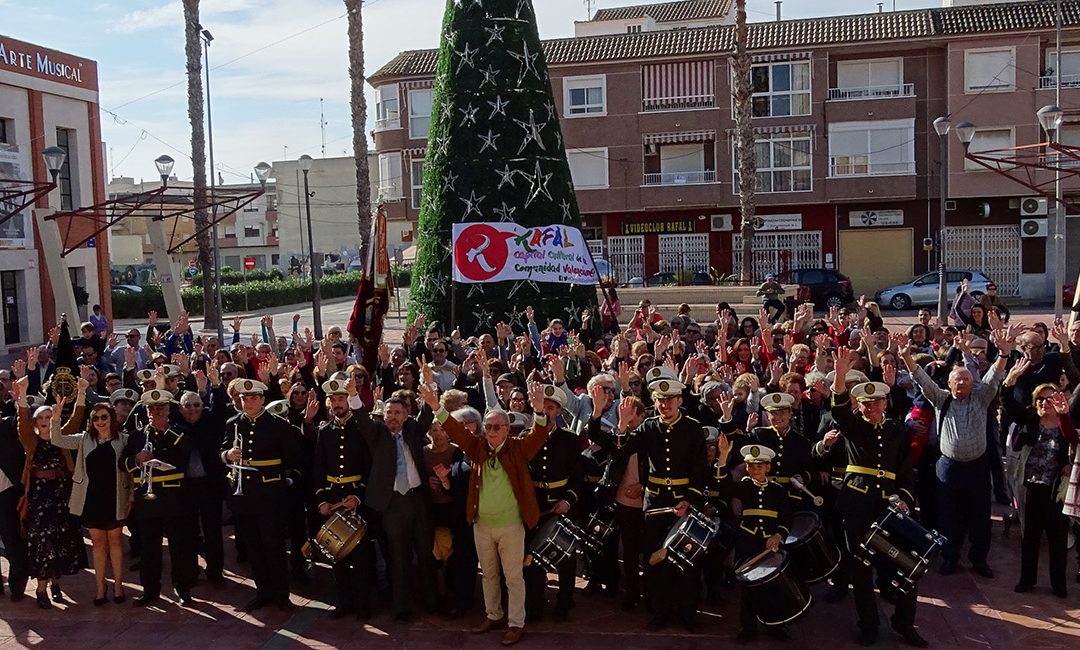 Rafal has already presented to his neighbors the project to become the Cultural Capital of the Valencian Community for municipalities with less than 5,000 inhabitants. The Plaza de España was the place chosen to transfer to the people of Raphael and Raphael the illusion that the Consistory has put in this initiative that aims to put the activities and elements that the municipality carries out in terms of culture. A large banner showed the image that has been created to illustrate this candidacy that can become a reality in the coming months. The mayor of the municipality, Manuel Pineda, highlighted during this presentation that “this project is very important for Rafal because it demonstrates the firm commitment that the municipality makes to culture and to value the traditions and history of the people”, and has transmitted the illusion that as the first mayor and as a neighbor you are eligible for this call for reference at the regional level.

The project that has been developed to qualify for this distinction includes a broad description of the municipality in which its historical features stand out, as well as those personalities that have marked the history of the culture of Rafael. In a special way, the creation, in 1885, of the Musical Art Society of Rafal is highlighted, a fact that is defined as the first cultural revolution of the municipality. Within its years of history the project lists the musicians who have taken the name of this group far away and who have garnered a wide list of awards. Under this argument Rafal exposes music as a cultural thread that impregnates an entire municipality and that has become throughout all these years a nexus of union of an entire people, a solid argument on which Rafal wants to be the Cultural Capital of the Valencian Community.

In addition to the historical reviews, the project includes a large program of cultural activities that will begin in April 2019. Within this cultural offer a wide range of activities aimed at all audiences are scheduled. The program highlights a meeting of music bands, activities to enhance the garden and influence the environment, theatrical performances for adults and children, lectures that value various aspects of the municipality, gastronomic events and various dance events and music of different types. Key events are also included in Rafal’s cultural program, such as the XIX Sevillanas Fair and the 8th edition of Rafal en Corto.

Pineda has influenced the large number of activities that are collected within the project “that undoubtedly aim to value the importance of culture, but above all make the residents of the region enjoy and make Rafal Capital Cultural of the Valencian Community “.