The City Council of Rafal adds 18,700 euros to the reform of the football field to complete the remodeling project 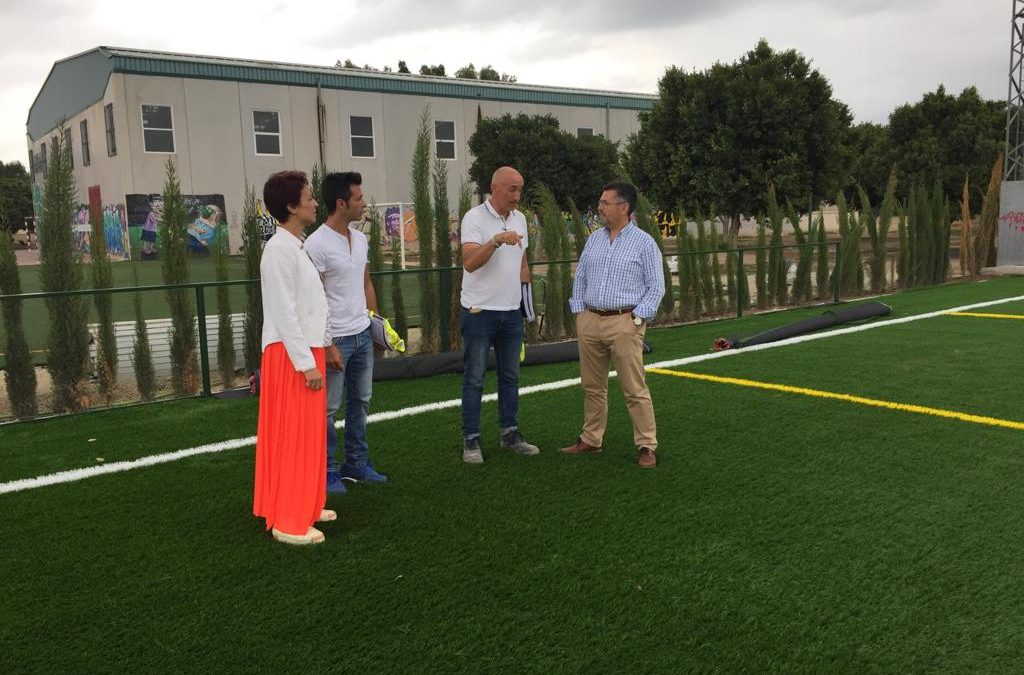 The football field of Rafal already counts the days to open its doors after the great renovation that has suffered in recent months. After the granting of a subsidy by the Diputación de Alicante, within the Plan of Works and Services, the City Council has completed the amount granted of 172,000 euros with 18,700 euros more to undertake the reform in its entirety and leave the sports grounds in perfect condition .The mayor of the municipality, Manuel Pineda, has indicated that “this contribution has been an effort for the Consistory, but after the request made by the club we thought it necessary to contribute this amount to be able to renew all the facilities and leave them in an unbeatable condition”.

The works have lasted about 5 and a half months due to the paralysis suffered by the project to undertake some unforeseen problems that arose in the first weeks of execution of the works; a management for which an Act of Temporary Suspension was signed. First of all, there has been an improvement of the artificial turf, a fundamental action so that the players can perform the sports activity with total comfort. In addition, the lighting towers have also been moved, a step that has allowed the expansion of the eleven football field. The para-balones of the goals have also been installed, the perimeter mesh of the field has been replaced and all the rails of the enclosure have been relocated. A wide range of improvements that as indicated by the mayor “have been some headaches, especially parents of kids who have had to move to other towns to carry out the sport.” That is why Pineda thanked all the neighbors for their efforts and apologized for any inconvenience that may have been caused.

For its part, the mayor of Works, Silvia Pastor, has been very happy with the result of the work and has indicated that “if the deadlines of completion are according to the forecasts set on November 13 will sign the Act of end of work with the Diputación de Alicante and we will conclude this great project “. Without a doubt, he pointed out that “this investment shows that the municipality is committed to sports and to improving all its facilities; we have worked hard so that the requests made by the club are now a reality and that is a pride for the entire government team. ”

After the reception of the work the field will open its doors again and will continue a football season in its magnificent facilities so that all the people of Raphael and Raphael, as well as visitors from other municipalities can enjoy them.