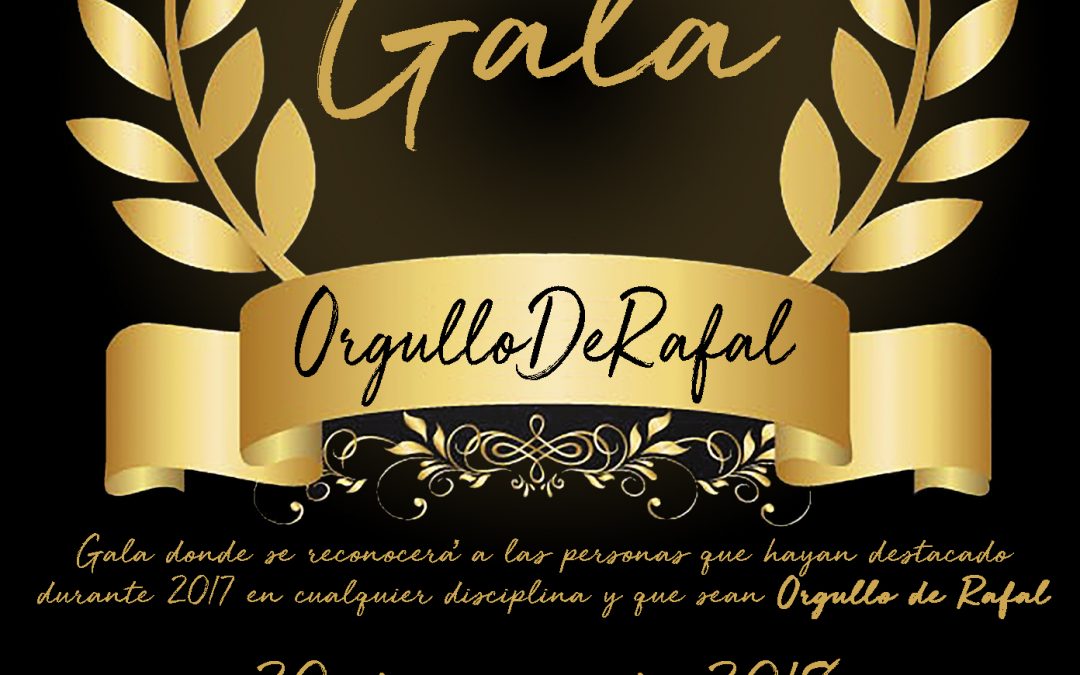 ‘Pride of Rafal’, that is the name of the gala to be held on Saturday, January 20 at eight o’clock in the afternoon at the Municipal Auditorium Musical Art and in which the City wants to recognize the
work of rafaleños and rafaleñas that have taken the name of the municipality outside its borders during the last year “as well as that the rest of our neighbors can know the achievements of these people and be proud of them as we are”, highlighted the Councilor for Culture, Yolanda Leal. The mayor explained that it is the first time this gala is held and that the
winners are those who have excelled in different areas such as culture, sports or education during 2017, so that the intention is to be able to organize it every year rewarding “people who carry the name of Rafal throughout the region, the province and even at the national and international level, “said Leal.

In the field of sport, up to seven awards will be awarded to Rafal athletes who have excelled in some discipline. The awards will be given to Ari Pertusa Marcos, Joel Clemente García, María Martínez Cutillas, Antonio Ferrández Bertomeu, the CF Rafal of the juvenile category of the 2016-2017 season, the CB Rafal de Cadetes 2016-2017 and the El Boquerón Fishing Club. In Education recognizes the work of Ángela Pertusa Bertomeu and Sofía Hernández Zaragoza, while in Culture the winners will be the writer Blas Ruiz Grau and the dancers Óskar and Ángela. By Lastly, the Local Police of Rafal will be rewarded in Security, both for its work in the municipality and outside of it in coordination with other Security Forces and Corps.

All of them are cited to the first edition of the Gala ‘Pride of Rafal’ for which from the City Council has requested in recent weeks collaboration “because there are many people
of Rafal that have been recognized outside and that we do not want that they stop being it in our town “, has concluded the aedile.