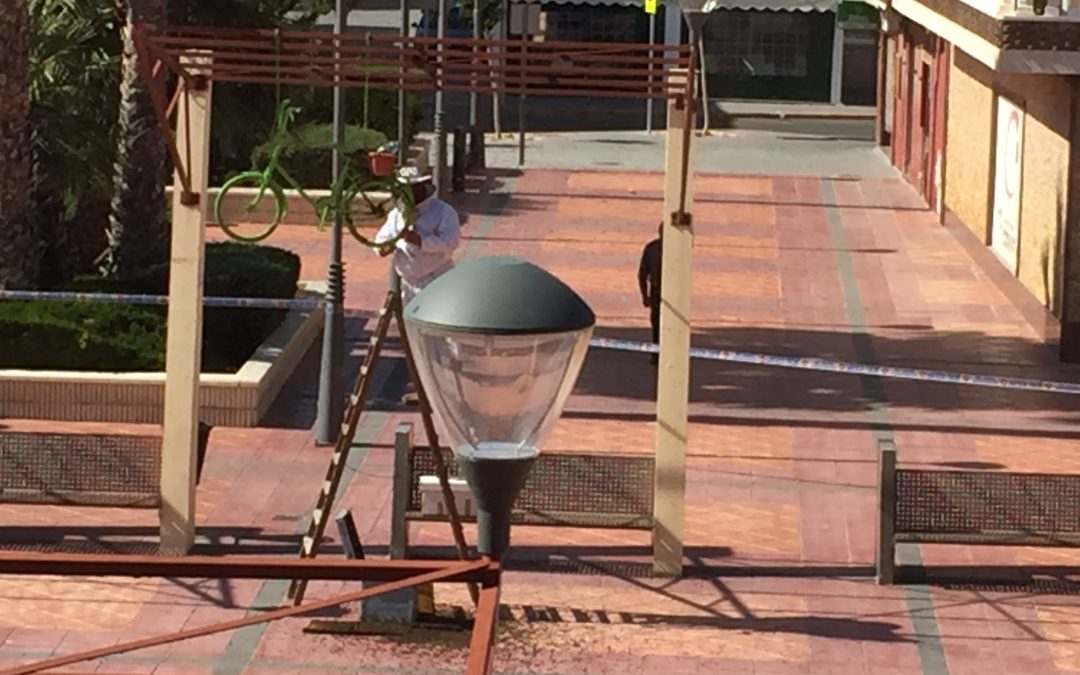 The bees have reached the very heart of Rafal, forcing the withdrawal of a swarm that It was installed just opposite the Town Hall a few days ago. These animals are protected, so that you should not act on your own in case you find them close to you, so from the Consistory of Rafal remind the neighbors that in case of detecting swarms what you need to do is call the Local Police to activate a protocol of which the Firemen and specialists in removing animals.

In the case of Rafal, the bees settled in a matter of minutes on an ornamental bicycle that there is hanging in the square, in front of the City Hall. As soon as they were detected, the warnings were given corresponding to proceed with its withdrawal that lasted several hours. The councilor Silvia Pastor witnessed these tasks and explained that beekeepers have to locate the bee queen so that the rest follow her to the safe places to which they move. Pastor has emphasized “the importance that these animals have for the environment, and hence the need that if they are detected, people should not approach them or disturb them until the people specialized in its treatment arrive. ”

The bees do a vital pollination work for life on our planet that guarantees the feeding of living beings, and during the last years pollution and other problems Climate change derivatives have made many colonies disappear. Hence, they are way that its disappearance is prevented.